Geraldine Kyne obtained a degree in European Studies; Law and German, from the University of Limerick in 1994. She qualified as a Solicitor in 1998.

During her legal training, Geraldine worked as a legal research student with a commercial law firm in Germany. Having qualified as a Solicitor, Geraldine spent a year in Australia working as an Assistant Solicitor with one of the top Five Law firms in Australia.

Geraldine has also successfully completed the Law Society Property taxation course and has been awarded the Diploma In Property Taxation. She is also an Associate of the Institute of Taxation, an award which is recognised as the pre-eminent qualification for Tax professionals in Ireland.

Geraldine is fluent in both German and French.

Within the firm, in addition to general legal practice, Geraldine manages all property transaction in addition to taxation, commercial contracts and administration of Estates. 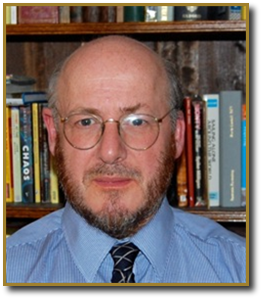 Qualified as a Solicitor in 1980. His practice and experience is in general practice with an emphasis on Litigation, Commercial Law and dispute resolution.

In March 1999 he was admitted as a Fellow of the Chartered Institute of Arbitrators.

He is a member of the Mediators Institute of Ireland.

In addition he has extensive experience as Presiding Officer of the Board of Enquiry under the Garda Síochána Disciplinary Regulations for the purpose of hearing Garda disciplinary matter and also as Arbitrator panel member and Chair of the Dispute Resolution Authority, which is a body formed to hear and arbitrate on disputes arising within the G.A.A. the premier sporting body within Ireland.

In addition to general legal practice, Richard works mainly in the areas of law which impact on businesses, such a contract matters, dispute resolution and litigation. He is now a Consultant to the firm.

We are members of the Law Society of Ireland and are certified as fully compliant with our financial obligations under the Solicitors Acts. We have been awarded the prestigious Outsource QM Standard.